Steel has played an important role in New Zealand for over 200 years.

New Zealand’s steel industry dates to the 1800s, when European settlers first saw the potential in the magnetic qualities of the black ‘iron sands’ of the North Island west coast.

Over the next century and more, ongoing attempts to smelt the iron from the sand met with challenges as it clogged the traditional blast furnaces.

By the early 20th century, the focus turned to limonite, a rich source of iron in the Golden Bay area that could be smelted easily in a blast furnace. In 1920 the Onekakā Iron and Steel Company was set up at Golden Bay and was at the forefront of New Zealand’s iron smelting industry from 1924 and 1935. But the economic and market conditions of the time made it unsustainable.

But the attraction of iron sand as the basis of a strong New Zealand iron and steel industry persisted.

It was only in the 1960s, with direct reduction techniques and electric arc furnaces, that engineers were able to pioneer a process that allowed the potential of the iron sand deposits to be realised

The majority of CO2 emissions (about 80 per cent) come from the chemical process of making iron. New Zealand Steel has significantly reduced the intensity of its emission profile since the 1990s and is continuously looking at cost effective ways of reducing its energy usage and CO2 emissions. Find out more about the company’s sustainability practices here.

Each year Glenbrook produces 650,000 tonnes of steel for products such as roofing, shelving, machines and tools, contributing about .25% of the nation’s GDP. It is the only mill in the world to make steel from iron sands. It also generates around 60% of its electricity on site from co-generation. 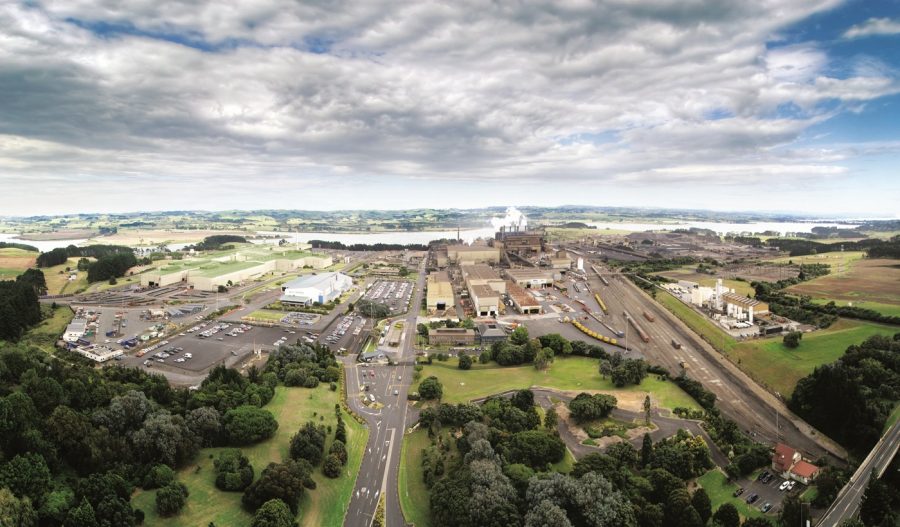 New Zealand has more than 85 steel and stainless steel fabricator businesses which cut, bend and assemble steel into a wide range of products such as pre-fabricated structural steel, machinery, piping and more.
Industry capacity – 80,000 tonnes of structural steel annually

Structural steel framing has over 50% market share of the national multilevel construction market – 80% in Christchurch.